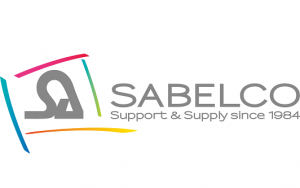 LAS VEGAS – April 5, 2017 – Razberi Technologies announced at ISC West today that Brussels-based security distributor Sabelco has standardized on its video surveillance appliances and software. Sabelco chose the Razberi ServerSwitchIQ™ suite of appliances to deliver a reliable, secure, and network-friendly video system to its system integrator customers in Belgium, the Netherlands, and Luxembourg.

“Sabelco only sells one brand per security category, and we’ve selected the Razberi product because it is a complete, cost-effective system purpose-built for video surveillance,” said Sebastien Boeynaems, managing director at Sabelco. “The Razberi appliances are easier to support and deliver superior video with health monitoring and cybersecurity features not found in the general-purpose Dell and HP servers we had been specifying for our customers. This gives our integrators a recurring revenue services story.”

Sabelco’s integrator customers deploy video surveillance systems for industries such as banking, retail, festivals, transportation, and logistics. The company selected Razberi after rigorously testing the product during two big events at soccer stadiums in Belgium and the Netherlands. Sabelco’s integrator customers are already deploying Razberi appliances at a major festival, an airport, a finance office tower, and a designer clothing store.

“Razberi’s built-in health monitoring and cybersecurity features are an added value for the system integrator to sell a monitoring service across all its customer sites from a centralized, cloud-based system,” said Boeynaems. “The Razberi appliances alert customers to issues and cyber threats before an incident occurs. We could not offer that with Dell and HP.”

The Razberi ServerSwitchIQ appliances act as a watchdog over all traffic flow to and from the cameras. Razberi VyneWatch™ health monitoring software ensures the video surveillance system is running correctly down to the camera and alerts security pros to problems 24×7. Razberi CameraDefense™ cybersecurity features lock down vulnerable ports and harden camera network connections while monitoring for potential breaches to the camera and the network. Also, Razberi appliances are compatible with top video management systems (VMS) including Video Insight, which Sabelco uses exclusively.

“Razberi is a superior alternative to generic servers, switches, storage, and power for IP video surveillance, giving Sabelco a practical solution for its customers that doesn’t require risky and expensive trade-offs in video quality,” said David Watts, vice president of EMEA sales for Razberi. “Our suite of appliances work for the needs of any size customer, from large organizations to midsize and SMB and even rugged locations.”

Razberi is exhibiting at ISC West in booth #21135 and demonstrating the new Razberi CameraDefense™ solution, an expanded cybersecurity offering to automate camera hardening that was launched yesterday.